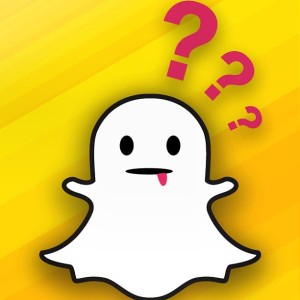 Back in July of 2011, a few students from Stanford University launched a new app called Snapchat. This application allows users to take photos, record videos, add tests and drawings, and send them to other users. For photos and videos, the sender can allow up to 10 seconds for the receiver to view the “Snap,” after which the picture or video will no longer be viewable. One of their more recent updates includes the use of what they call “Snapchat Stories.” “Snapchat Stories” allows users to post photos or videos for everyone in their contacts list to see. These more semi-public Snaps are viewable up to 24 hours before they go away. Since launching, the app has gained a lot of popularity. In May of last year, Snapchat reported over 700 million photos being sent per day, and over 500 million photos added to “Snapchat Stories.”

Now, how is Snapchat valuable to the arts? One of the things I love about the app is the engagement factor. Since people can view a Snap only once (or up to 24 hours on a “Snapchat Story”), it makes them actively pay attention to what is happening. The recipient knows they will not be able to view it a few days later. This app also has a large following with younger audiences, 43% of users aged 12 to 24 say they use Snapchat every day. This specific age range is a focus of many arts organizations in their audience development departments. The success of the app and museums can already be viewed.

Last year, the Los Angeles County Museum of Art became the first museum to download and start using the app. LACMA’s social media manager says that “Not only is Snapchat a great way to reach a younger audience, but it also provides us with a platform for play—a place where we can create stories and experiences around the museum, our collection, and our staff…We both send and receive Snapchats, and in doing so connect with our audience in a way that they can relate to.” Their snaps are often humor based, which I attribute to the great success they’ve had. Since LACMA joined Snapchat, the Blanton Museum of Art in Austin, Texas, the Georgia Museum of Art, and the Museum of Contemporary Art Chicago have embraced the platform as well.

Now, on the non-museum side, I believe Snapchat can be very valuable to performing arts organizations as well. The TV show “Pretty Little Liars” was the first TV show to incorporate Snapchat to engage with their fans. Since launching in January of this year, alongside season five of the show, the Pretty Little Liars Snapchat account has cultivated more than 800,000 followers on the platform. With each new episode, they sent out snaps commenting on the show; giving hints of what was to come, reactions to plot twists, and behind-the-scenes tidbits. Performing arts organizations can take a page out of this book. While shows are rehearsing, Snaps can be sent to show patrons what is going on and build up hype for a current show; sort of like a mini-trailer. This is also a great way to give audience members a peek behind-the-curtain. Going along with trailers and tours, organizations can also send out 24 hour “promo” codes for patrons to get tickets at a discounted price.

Overall, I believe Snapchat has a lot of potential for the arts. It’s engaging, fun, and provides lots of audience development opportunities for arts organizations. The possibilities are there if organizations wish the pursue them.